I have just finished my second commission for the year: a decorative painting using vector software. The art will be printed as a giclee. The tentative name is 'Earthen Vessels'. 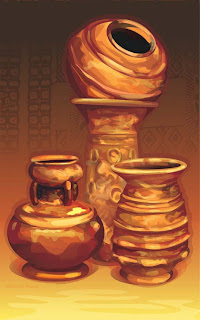 Posted by Olusola Akinseye at 10:20 AM No comments:

The Comics Hut, a subsidiary of Literamed Publications Nig Ltd, has obtained the rights to produce the 1 World Manga comics series for West Africa.

This comics project was sponsored by the World Bank and produced by the fine people at Viz Media, U.S.A. The stories were written by Annette Roman and illustrated by Leandro Ng. I headed The Comics Hut creative team that painted the white and black comic pages to full colour for the African market.

Below is one of the publicity poster designs. 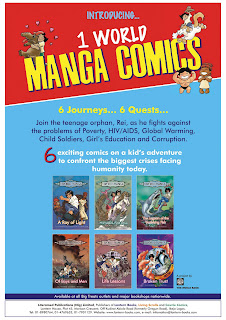 The stories are about an orphan, Rei, who travels the world contending with the problems of HIV/AIDS, girls' education, child soldiers, corruption and the like. Don't forget to get your copies.
Posted by Olusola Akinseye at 4:53 PM No comments:

I am pleased to announce the opening of my gallery on that fantastic site for creative professionals - CARBONMADE. 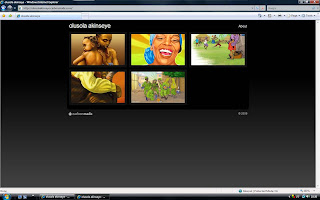 Among the treats awaiting my viewers are full images of some of the corporate culture paintings I made for a bank late last year. Also showcased are some full paintings from the Zoba - story book commission and the painted comic pages of my very first post - Oluronbi and the Iroko Tree!

What are you waiting for? Check me out at http://olusolaakinseye.carbonmade.com/
Posted by Olusola Akinseye at 6:38 PM No comments:

I wrote this poem for the first comic title under the Wonderful Jesus Series. The illustration was drawn and painted entirely in CorelDRAW12. 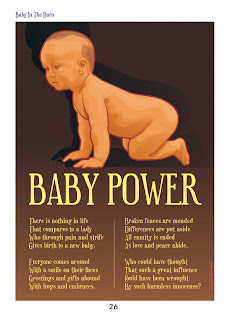 Similar pages from other titles can be viewed on my space on the Christian Comic Art Society website - http://christiancomicart.ning.com/photo/photo/listForContributor?screenName=1g3p4951mmcdb

Copyright: Literamed Publication Nig Ltd
Posted by Olusola Akinseye at 9:30 AM No comments:

Past Works: Zoba and The Gang

This Lantern story book was written by Prof. Akachi Ezeigbo. The story details the pranks of some boys in a local community and the consequencies that followed.

Here is a composition of details from some of the illustrations. A gallery of the artworks can be viewed in my space on deviantART - http://ayoola.deviantart.com/gallery/ 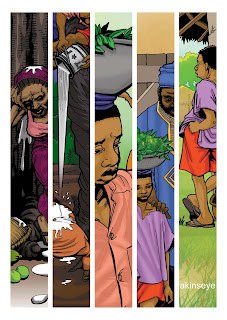 Copyright: Literamed Publications Nig Ltd.
Posted by Olusola Akinseye at 11:22 AM No comments:

I posted some line art commissioned by Durano Publishing late last year but could not recall the title of the book. Well, I stumbled on the cover painting and the design I suggested some time ago, so here they are.

The book is titled NO PAIN NO GAIN written by Olayinka Oye. 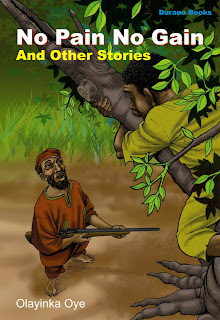 Copyright: Durano Publishing Nig Ltd
Posted by Olusola Akinseye at 11:36 AM No comments:

I enjoy vector illustrations - the careful laying of one transparent colour graphic over another to build up a beautiful finish. Hence the reason I am starting my posts this new year with one of my favorite commissions of 2008.

Below are closeups of the illustrations. 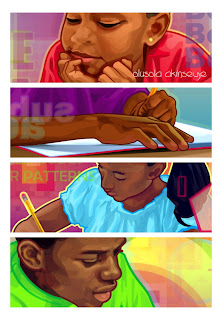 I'm also on these sites

Companies and organisations of interest

Check out these Links