Recent Work: The Wicked Witch Of The West

An interesting character in the popular tale The Wizard of Oz is the Wicked Witch of The West. She was made popular in the Judy Garland version of the movie adaptations.

Character design: I decided to draw her in the superhero genre as a villain. However, I veered from the old, green skinned, haggard looking wart-infested visage in popular culture. The WWOTW version 2.0 is an attractive looking woman consistent with comic book standards. You have to look into her eyes to catch a glimpse of the latent malevolence. 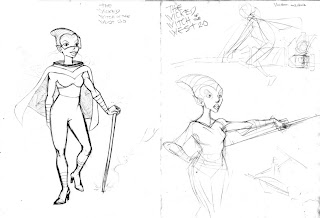 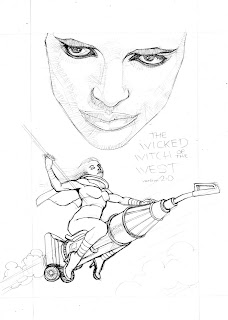 Her costume features tightly clad leotard, cape and even an exaggerated magic wand. Instead of the proverbial witch on a broom stick, I updated her means of transport to a redesigned vacuum cleaner fitted with propulsion jet pack.

Vector ‘painting’ technique: This is quite similar to the method I used on The Big Bad Wolf. An interesting thing happened during the design for the poster. I imported the on-going painting of the witch to see how the colours are in relation to the final design. During these tests, I discovered that I needed to mirror the witch on her Vacuum Cleaner 2000X to have a better composition. This is one of the advantages of vector illustration over the popular raster-based digital painting techniques. 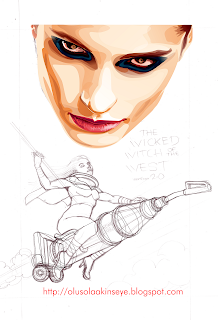 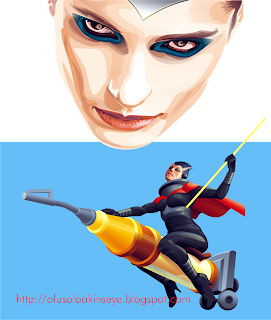 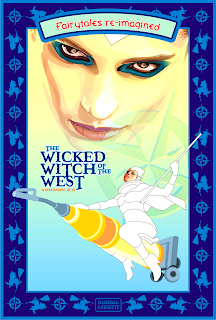 Poster design graphics: The background clouds, compass graphic and lines are included on the final design. I also increased her face a little for a tighter composition. 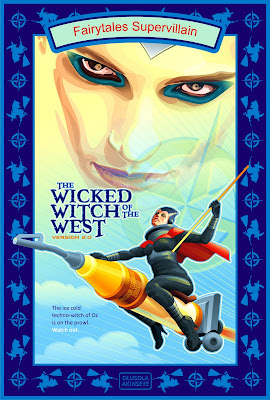 Posted by Olusola Akinseye at 10:22 PM No comments:

The tale of The Three Little Pigs is a very popular one, especially because of the villain of the story- the big bad wolf. I find it fun to retell the story in a different genre. This poser design features an adaptation of the tale in a gangland, film-noir-influenced concept. The pig brothers (Hayes, Woody and Rocky) are real estate moguls who are in conflict with an unnamed enemy. Enter the Big Bad Wolf aka The Huff and Puff Bounty Hunter with his Mega Blower gun. The hit is on.

Character design: The faces of the pig brothers feature in my design concept. Hayes is the pig that built his house with hay. He dons a straw hat and wears a holiday pattern shirt. He has a carefree attitude to life. Woody is conservative in his bowler hat and multicoloured bow tie. He built his house with wood. Rocky is more practical in his working man’s garb. His own house is made of stone. 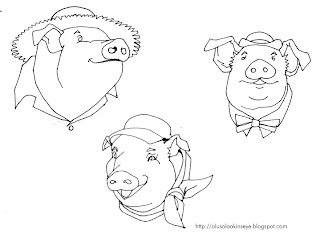 The wolf is drawn in his mafia-hit-man-inspired hat and trench coat, his cold eyes peep from under his leather hat. 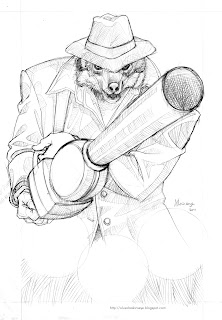 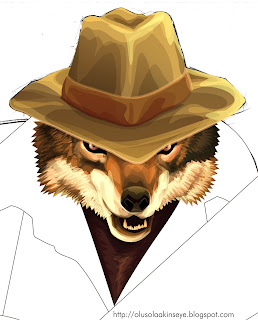 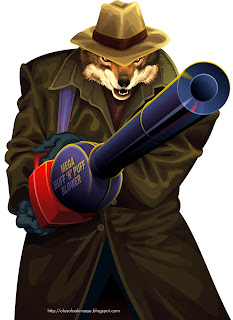 Vector ‘painting’ technique: I created each element of the final design separately and composed the poster in a new file. To make it easier to handle the complicated arrangement of vector shapes, I use layers. At first, I draw out the lines over my scanned pencil sketch and then draw shapes for the basic light and shades. Once I have enough to clearly define the object, I fill in the appropriate colours and add more shading using transparent graphics. 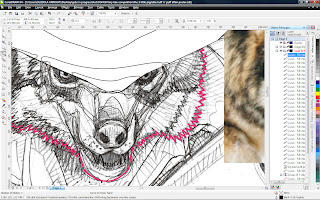 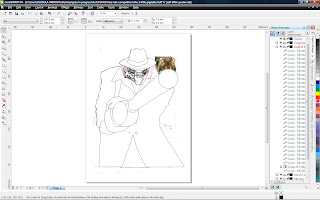 Poster design graphics: When I finished painting the wolf and pigs, I create a template for the poster and import the finished illustrations into place. The border designs and graphic texts are placed and I am done. Of course, I had to try several colours until I was satisfied. The final poster design is slightly different from my initial idea, but I am happy with the result. 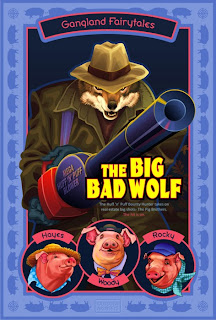 Posted by Olusola Akinseye at 10:18 PM No comments:

I'm also on these sites

Companies and organisations of interest

Check out these Links